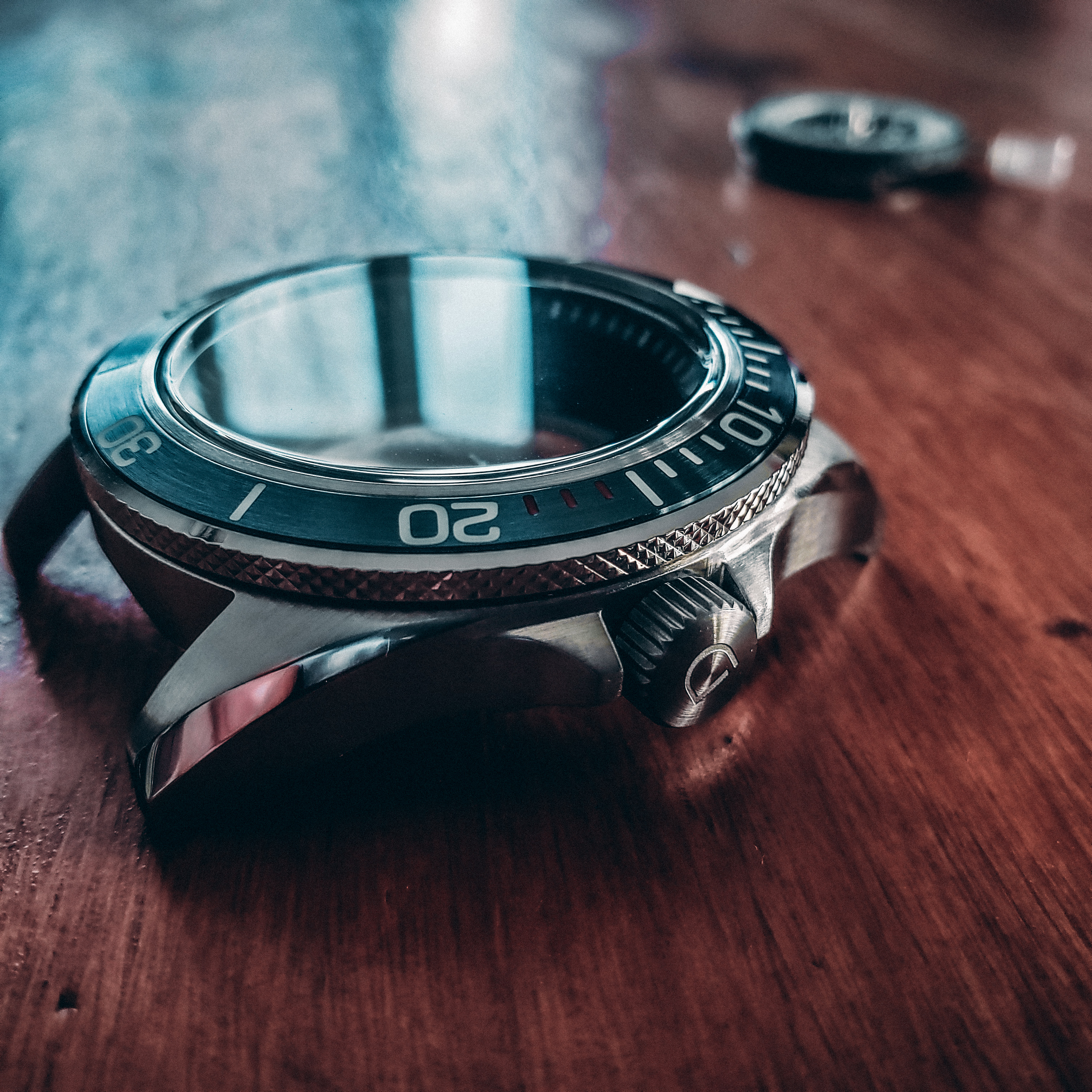 Other Watchy Bits: The Vostok Amphibia

Talk about a tool watch. In 1967, the first Amphibias rolled out of Chistopol in the Soviet Union. Chief designers, Mikhail Fedorovich Novikov and Vera Fedorovna Belova, had been charged with the task of producing a watch for the Soviet military that could withstand the pressure and temperatures of 20 atmos. But isolated from the West, the duo had to start from scratch. They did not have access to the same technologies at the disposal of more advanced Swiss watchmakers.

Off the Cuff: The Combat Issue G10 NATO from SeaPro

Today, NATOs come in a variety of forms, loosely fashioned around the original model. One such variation is the Combat Issue G10 NATO from SWC/MILSPEC (SeaPro©). Like all NATOs, SeaPro’s G10 is of one-piece construction, measuring 280mm. Unlike many NATO straps, though, the G10 is a single pass strap, eschewing the smaller second flap which normally passes under the watch and through which the longer end passes. This more common design uses a stainless-steel strap retainer to limit the movement of the watch as it sits on the wrist. However, it is a just as common a habit among watch enthusiasts to remove this second flap altogether. SeaPro G10 beats you to it.

Off the Cuff: ZENEA Ula Diver

The Ula Diver comes in a nicely sized 41mm case that tapers to 20mm at the bracelet. There is a fine polished chamfering along the outside of the gently sloping lugs that divides the brushed surfaces on top from the polished sides. The coin-edge bezel extends just beyond the case on either edge and there are faceted crown protectors on the right. The bezel insert is lumed sapphire and colour-matched to the dial.

Off the Cuff: Thacker Merali Original

The Thacker Merali Original is the brain child of Bob Thacker and Raheem Merali–two friends with newly-minted MBAs burning holes in their pockets, and…well, time on their hands. After some consideration, they agreed that launching their own watch brand would be the perfect use of those two elements. Two years later, they find themselves at END_OF_DOCUMENT_TOKEN_TO_BE_REPLACED

Off the Cuff: Vanbanner LEA

The LEA is essentially a field watch (a lea is a field or grassy pasture) with dive watch specs. Its sandwich layering with its large Arabic numerals, coupled with its broad outer chapter ring designating the minutes, make for a highly legible, practical dial. It also uses a healthy dose of both C3 and BGW9 Super-Luminova on its sword hands, markers, and bezel. The 120-click, ratcheting bezel, in conjunction with the aforementioned chapter ring, also provide a functional dive calculator. In fact, the watch is equipped with a screwed-down crown and provides an impressive 300m of water resistance. Thus, as far as field watches go, it has chops.

Off the Cuff: RZE Resolute

When the RZE Resolute arrived on a Friday afternoon, I threw it on wrist to get a feel for it. I didn’t take it off all weekend. This in no way is meant as a slight to the brand, but I was surprised by just how much I liked it. Dive watches are my wheelhouse. I enjoy a good chronograph. The Resolute doesn’t even have a moving bezel. I expected to appreciate the it, but not to love it.

Off the Cuff: Aquastar Deepstar

Sometimes a watch just hits you in the feels. The moment you see it, the connection is so visceral you don’t even realize what has occurred until Paypal sends you an email verifying your purchase. For me that watch was the Aquastar Deepstar.

Off the Cuff: Halios Fairwind

Lim and Hailos produce primarily water-resistant sports watches of the highest quality for prices within reach of the enthusiast community. And each release, in its own small way, is treated like the launch–if you’ll excuse the paradox–of a microbrand icon. The Fairwind is no exception.

Off the Cuff: Whitby Avro Pilot

The Avro Pilot is available in three colourways: Black, Navy, and Grey. Each iteration is limited to 105 pieces, in honour of the aircraft’s designation series. Like the Arrow, the Avro is a Flieger-styled pilot’s watch with a 43mm titanium case and oversized crown. It also employs AR-coated sapphire crystal, but rather than a solid etched caseback, the Avro has a sapphire exhibition glass.

Off the Cuff: DIY Watch Club

To begin, the DIY Watch Club Diver Series Kit strikes me as a good value proposition. If you price out the various components required for building a watch from scratch, add in the shipping and duty, and then consider all of the tools you will need to carry out the operation, $350USD begins to look pretty good. And I have also seen these kits go on sale recently for as much as 30% off. The added benefit for an inexperienced modder/builder is that nothing gets left out.

Something went wrong. Please refresh the page and/or try again.