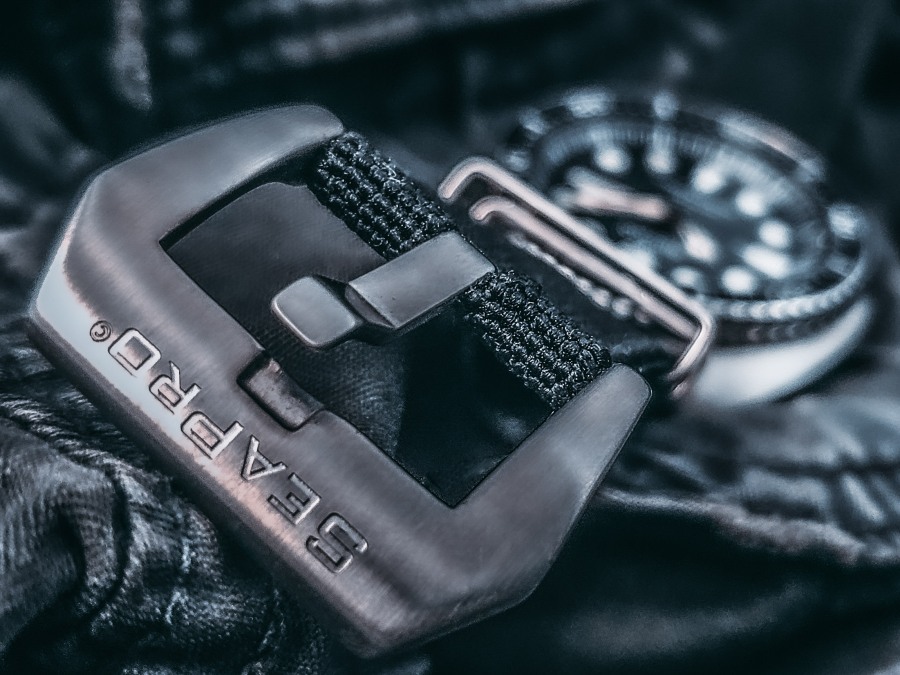 Today, NATOs come in a variety of forms, loosely fashioned around the original model. One such variation is the Combat Issue G10 NATO from SWC/MILSPEC (SeaPro©). Like all NATOs, SeaPro’s G10 is of one-piece construction, measuring 280mm. Unlike many NATO straps, though, the G10 is a single pass strap, eschewing the smaller second flap which normally passes under the watch and through which the longer end passes. This more common design uses a stainless-steel strap retainer to limit the movement of the watch as it sits on the wrist. However, it is a just as common a habit among watch enthusiasts to remove this second flap altogether. SeaPro G10 beats you to it.

Frogsquad 🐸
Got lume😎🔦?
The Lap of Luxury
Joining @myeverydaywatch for #archiveshotweek with the Retras Diver.
Roped In
Since the arrival of the Bremoir Lexington last week, I've been sipping Manhattans and listening to Duke Ellington.